In 2004, scientists uncovered a fossilized millipede dating back 420 million years — that’s about twice as far back as the first known dinosaurs. Millipedes are literally prehistoric, so it makes sense that these wiggly bugs make our skin crawl. But are millipedes poisonous? Or even dangerous at all?

What Is a Millipede?

The term “millipede” does not refer to just one species. Across the globe, there are around 10,000 known species of millipede. In the same sense that the words “spider” or “insect” could refer to thousands (or even millions) of different species, the same is true for millipedes.

Speaking of which, millipedes are not a type of arachnid or insect. However, all of these creatures — along with crustaceans like lobsters and crabs — fall under a single taxonomical phylum known as arthropods.

Millipedes are segmented animals with lots and lots of legs. Every millipede has two pairs of legs on each segment of its body, minus the head. But despite their name, millipedes don’t actually have a thousand legs.

How big can a millipede get?

Every species of millipede grows to a different size, with some growing several inches long. However, the vast majority of millipedes are quite small. If you stumble across a millipede in your own home, chances are it will be about an inch long. 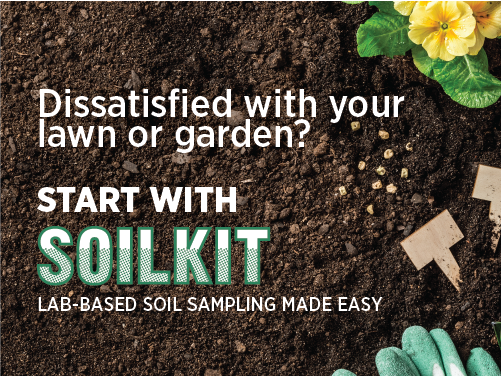 What do millipedes eat?

In terms of diet, millipedes are a crucial part of nature’s life cycle. These creatures feed on and help decompose decaying plant matter. Without millipedes, many ecosystems around the world would struggle to function.

Are millipedes and centipedes the same thing?

Millipedes and centipedes, while related, are not the same.

Like the term “millipede,” the name “centipede” refers to around 8,000 different species. Centipedes live in a wide variety of ecosystems all over the world.

Centipedes have just one pair of legs per body segment. Centipede species also vary in size, ranging from less than an inch to longer than a foot. On average, centipedes are bigger than millipedes.

Centipedes are largely carnivorous and hunt smaller arthropods for food.

Recommended Read: How to Get Rid of Earwigs

How do you tell the difference?

If you get close enough, telling the difference between a millipede and a centipede is as simple as looking at the critter in question.

Centipede legs splay out away from the body while millipede legs sit underneath. Sometimes, you can’t even see a millipede’s legs from above, making it look like a very, very fast worm!

The environment you found the millipede or centipede in can also tell you something. Millipedes greatly prefer very moist, soil-rich locations. Centipedes can be found pretty much anywhere.

You can also make an educated guess based on how the millipede or centipede behaves. When disturbed, centipedes tend to run away as quickly as possible. On the other hand, most millipedes will curl into a tight ball as the first line of defense.

As we all know, even the smallest critters can be dangerous to humans and pets. Just look at the black widow spider.

Fortunately, millipedes are not poisonous. They also are not venomous and do not bite. When it comes to these many-legged animals, they are definitely more afraid of you than you are of them.

The one defense mechanism millipedes do have is a liquid toxin. When threatened, a millipede might release this toxin onto its body or even spray it at an attacker. Keep in mind that not all species of millipedes have this capability.

This toxin does contain some nasty chemicals, mainly hydrogen cyanide and hydrochloric acid. But the amount released is so, so small that it has no real way of harming a creature larger than the millipede itself.

In rare cases, touching this toxin can cause an allergic reaction. Symptoms normally include redness, itching, irritation, or small blisters.

Now that you know the answer to the question, “Are millipedes poisonous?” What about centipedes? They are more aggressive than their millipede friends, it makes sense that they would also be a bit more dangerous.

Centipedes use venom to hunt, and they do bite. While an extremely threatened centipede could bite a human or pet, it is rare. Most centipedes will run and hide rather than try to attack something much larger than themselves.

The larger the centipede, the more severe the bite is likely to be. Some species are even too small to break through human skin.

If a centipede does bite a person or pet, the symptoms are normally very mild. The bite location can turn red, swell, or itch, but just slightly.

In rare cases, a centipede bite can trigger a systemic allergic reaction. Potential symptoms include:

This response is similar to how some people are allergic to bee stings. At least one person has died from a centipede bite after going into anaphylaxis, so see a doctor immediately if any of these symptoms occur.

Millipedes Are in Your Home: Now What?

So you can rest easy knowing the answer to, “Are millipedes poisonous?” is no. But that knowledge probably doesn’t change your desire to rid your home of the multi-legged creatures.

Here’s what to do if you suspect millipedes have infested your home:

Before going any further, take a moment to confirm whether or not you’re dealing with millipedes or centipedes. The easiest way to do this is by catching one in a clear cup or jar — just long enough to get a good look without physically touching it.

While you have the offending creepy crawly in your possession, you can also try to identify the species of millipede or centipede. Look up common species in your area and see if any of the photos are a match. Find what attracts them

Here’s the thing: Millipedes won’t invade your home without good reason. Instead, there’s likely something about your home that’s encouraged them to take roost.

Millipedes love moist environments. If moisture builds up in your basement, garage, or shed, there’s a good chance the millipedes won’t be far behind.

We now know that millipedes primarily eat decaying plant matter. If you let your yard become a millipede’s gourmet buffet, they will come.

Keep plant debris away from your home’s foundation and outbuildings. Things to watch out for include grass clippings, fallen leaves, lumber piles, and excessive mulch.

Millipedes hate being out in the open, so the fewer hiding places you provide, the better. Upturned buckets and similar items can also collect moisture underneath.

Clean up large debris around your yard, garage, basement, and outbuildings to discourage the local millipede population from moving in.

Making your home inhabitable to millipedes is the most important step, but it won’t always clear out an infestation as quickly or as thoroughly as you’d like. You can use an organic pest killer to help control the infestation. You might also find tons of dead millipedes left behind.

Use a broom or vacuum to pick up the remnants and take them outside. Living millipedes can live for quite a while inside a vacuum canister, so don’t forget to empty it right away.

Recommended Read: How to Get Rid of Millipedes

When Should You Call a Professional Exterminator About Millipedes?

Professional exterminators are an invaluable tool for many homeowners. However, their services are rarely required for a millipede infestation.

Millipedes are overall harmless. Plus, they require a very specific environment to survive. As soon as your home no longer meets these needs, the millipedes will either naturally die off or pack up and leave.

One way professional exterminators can help control millipedes is with a perimeter treatment. This process essentially creates a chemical barrier around your home’s foundation, stopping unwanted pests in their tracks.

Perimeter treatments work on a wide variety of pests, such as ants, termites, and boxelder bugs. Different chemicals work better on different bugs, so tell your exterminator to treat specifically for millipedes.

Rid Your Home of Thousand-Legged Pests

So, are millipedes poisonous? No, but that doesn’t mean you need to live with them in your home. Taking just a few simple steps to rid your home of moisture and debris can make a huge difference in whether or not a millipede colony wants to set up shop.

If cleaning up your home doesn’t solve the problem, calling a professional exterminator is the next step. An exterminator can also treat your property to prevent future millipede infestations before they can occur.

Ultimately, a few millipedes living in your home aren’t a huge concern. Bu,t millipedes can indicate another serious problem, such as a leaking pipe, cracked basement wall, or rotting debris. Millipedes might be harmless, but they shouldn’t be ignored.

Have you ever dealt with a millipede or centipede infestation? How did you deal with it? Let us know in the comments below!