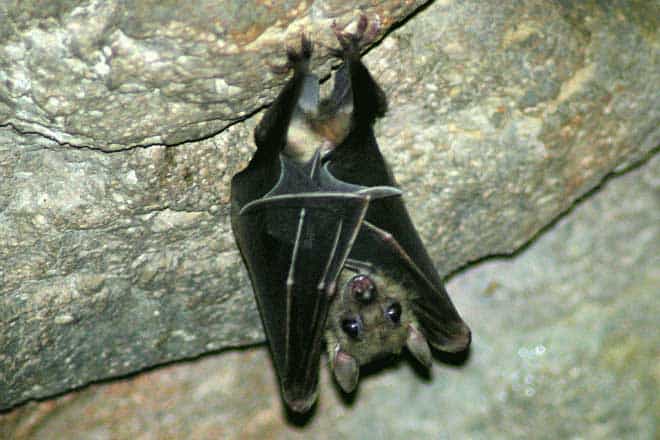 Bats have been the subject of folklore for centuries, usually portrayed in a negative vein. In modern times, this image has been compounded by the fact that bats, while vital to our ecosystem, are highly susceptible to rabies and other diseases. As cities continue to destroy their natural habitats, they are becoming more and more of a household pest. How do you deal with a bat infestation safely? And what methods can you employ to keep them from invading your home?

There are many ways to discern whether you have an infestation of bats in your home beyond actually encountering one. Here are some key signs to look for:

Getting Rid of Bats

Once you’ve identified a bat infestation, it is important to deal with the situation promptly. It is dangerous to come in direct contact with a bat, and different portions of your home require different approaches to dealing with them. There are three key infestation points, as well as the risk that one is loose in your home. Please note that removal of colonies cannot be done during summer months.

Bats Loose in the Home

Sometimes, a bat will enter through an open window or door. In these instances, leaving the door or window open will not necessarily work, as the bat may become confused or seek to remain in the relative warmth of your home. Make sure that it has not come into contact with people or pets before proceeding to capture it. Under no circumstances should you injure the bat as this may create a dangerous health risk.

Capturing a lone bat takes a little patience. The simplest method is to use an empty coffee can and a piece of cardboard. Wear some heavy gloves to avoid injury or exposure to any disease and give the bat time to land and become relaxed.

Approach the bat slowly with the coffee can tilted so that it cannot easily avoid the rim by taking flight. Once it is covered by the can, slide the cardboard between the can and surface to trap it inside. If there has been exposure, then you should carefully replace the cardboard with a more permanent lid until the health department can retrieve it.

In the event there was no exposure, you may take the bat outside to a tree and reverse the capture process, giving it time to patch onto the bark before slowly removing the can.

Bats in the Attic

The attic poses an especially attractive place for female bats, who not only seek warmth but a place to raise their young. Removal of attic-dwelling bats is more complicated than simply removing a single intruder. Hiring an expert is the best solution, although you can take steps towards removal yourself.

The first step is to locate the entry points. These are openings as small as half an inch and there are likely to be many of them. Carefully seal up the smaller openings, but leave primary entry points alone for now.

Bats in the Chimney

While they are not likely to cause damage, colonies of female bats in your chimney still pose a health risk due to their guano. In addition, you cannot use an infested fireplace or the bats will escape into the room, placing your family at risk of exposure.

Again, exclusion is the only effective means to remove the bats. If your climate is cool enough, the bats will eventually migrate, allowing you to seal any cracks in your chimney and place a mesh barrier over the main opening.

If you do not wish to wait or live in a warmer climate, then you will need to use an exclusion device. Close your damper and wait to be sure all of the bats are out of the chimney before sealing the cracks and applying a barrier.

Bats in the Walls

Wall infestations are the most difficult scenario to deal with. You will need to carefully examine all exterior walls in order to find the entry points. Remember that a bat is able to fit through a hole as small as your thumbnail. After sealing all secondary points and using exclusion devices, it can become a waiting game to ensure there are no babies or stragglers.

It is best to hire a professional to handle a wall infestation. You may also wish to invest in some foam insulation afterwards to help prevent future infestations. The waste products from bats are also more likely to cause damage or health issues when trapped behind walls, so be sure to address this issue.

Unlike insect or rodent infestations, bats are a complicated process. There are no repellents or poisons, and many species of bat are endangered or protected. Hiring a professional is perhaps the best method of removal.

A professional bat removal expert is specially trained to eliminate bat infestations. They will come and inspect your home for entry points and identify the species of bat. This is important, as different types of bat must be dealt with using slightly different methods in order to be effective.

Professionals will never suggest harming or exterminating bats. This is because bats are a vital part of the ecosystem and are protected in many countries and states across the US. Instead, they will use exclusion as a humane way to remove the animals.

Additionally, professionals will be able to provide you with advice on how to prevent further infestations. They will not try to sell you ineffective devices such as repellent or traps. Finally, they will explain any health hazards or damage left behind by the bat colony.

How Much Does it Cost?

As with any form of service, prices will vary from one removal expert to another. The species of bat and severity of the infestation will also affect the price. Cost Helper gives the following average estimates for removing bats:

Both sets of estimates do not account for any additional costs, such as repairs, cleaning up bat waste, and preventative measures. Older or larger buildings will typically cost more for removal than newer or smaller buildings due to the number of potential entry points.

Bats perform a vital role in the environment. Their high metabolism means that the average bat will consume large numbers of insects every night. Among these food insects are mosquitoes and other harmful species. For this reason, bat guano is also considered a valuable agricultural resource due to its high nutrient content.

In many parts of the world, bats are considered a protected species and harming them is illegal. In addition, harming a bat creates the risk of exposure to rabies. Bat exclusion is thus considered the only safe and effective method for removal. There is no known alternative to exclusion with a notable success rate. 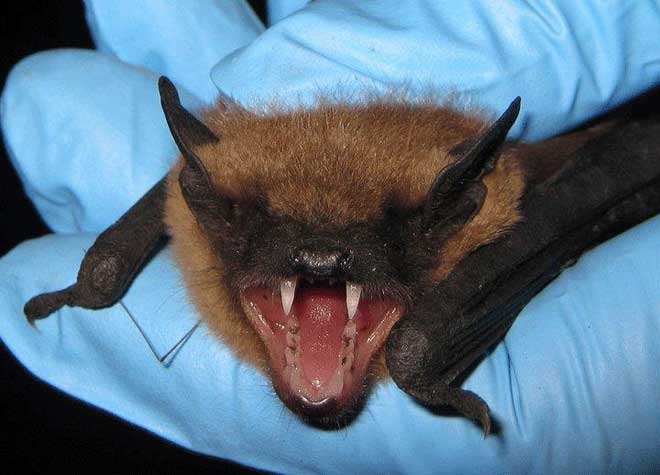 There are three major health risks which accompany a bat infestation. While there is no guarantee that you or your family will be exposed to these risks, the sooner an infestation is dealt with, the smaller the risk.

Rabies is the foremost concern when dealing with bats. This deadly disease affects the brain and is fatal once symptoms appear. Humans who are exposed to rabies must undergo a series of expensive, painful inoculations soon after coming into contact with the disease.

Since rabies can survive for long periods in decaying matter, it is possible to contract the disease from the blood, waste, or corpse of a bat. While there may be no visible symptoms, there are a few indicators that a bat is rabid, such as:

When capturing a lie bat which has come into contact with a human or animal, you should contact animal control immediately. They will test the bat’s brain for the disease and inform you of any exposure.

Bat guano may contain a microscopic fungus called Histoplasma capsulatum. The spores from this fungus, when inhaled, lead to the disease histoplasmosis. According to the Mayo Clinic, many people exhibit flu-like symptoms, while others show no symptoms. However, in infants and those with a compromised immune system, the disease can prove fatal.

As with all outdoor mammals, bats will often attract parasites. Fleas, ticks, and lice may be brought into the home, where they lay eggs and spread. Ticks are also known to be carriers of lyme disease, and fleas are able to hibernate for up to two years, making this an added headache.

Infestations occur when female bats are looking for places to raise their young. Normally, they will seek out caves and similar dark places, but human structures are becoming increasingly attractive. As removal can be quite expensive, preventing an infestation is important.

Remember that sonic alarms, lights, and other deterrents do not work. The success of bat houses tends to vary greatly and is partially dependent upon your region and the type of bat. Thus, your greatest method of prevention is to simply deny a bat entry.

In order to avoid bats entering the home is to check for and seal any openings which they can crawl through. These holes may be as small has one-half inch, so you need to be thorough. Sealing holes has the added benefit of improving your home’s insulation.

If you suspect that there are bats in your home, then it is important to thoroughly inspect the premises. Consider contacting an expert, as consultations are often free. If you spot a bat, do not come into contact with it.

Removal of bats must be done through exclusion. Harming or killing bats increases the risk of disease for you and your household. It is also illegal in many states and countries. Hiring a professional for the exclusion is an expensive option, but often the best choice.

The Encyclopedia Smithsonian offers information on species of invasive bats, as well as other bat-related facts.