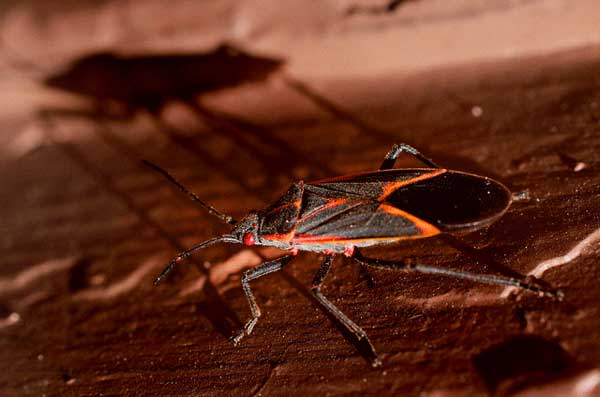 If your house is, or has been, invaded by a swarm of boxelder bugs, you’re not alone. These insects are common pests throughout the United States and can enter homes in a variety of different ways. They’ll also remain there through the coldest months if you don’t get rid of them.

The good news is that boxelder bugs are more of a nuisance simply because of their large numbers, and not because of potential damage they could do to your home. They don’t damage, eat, or chew fabric, but they can stain it with their excrement.

They can bite but usually cause only minor irritation. If you crush them, however, they make an awful smell that you won’t soon forget.

What Are Boxelder Bugs?

Adult boxelders are 1/2-inch long bugs with three distinctive red stripes, vertical edge lines on their bodies, and red lines on the edges of their wings. Their young hatch in the spring in boxelder trees, but also in maple, ash, and fruit trees. Their diet consists of twigs, leaves, and seeds during warmer weather, while they hibernate in warm dry places during the winter.

Boxelder bugs develop through a gradual metamorphosis from egg, to nymph, to adult. They do not reproduce within homes, however. Females lay their eggs in the spring, when temperatures are warm and stable, on leaves of trees, shrubs, grasses and in bark cracks near female boxelder trees. Eggs typically hatch within 10 to 14 days.

They do not feed indoors but instead are sap-feeding insects that use their beaks to suck nourishment from trees, twigs, leaves and seeds.

Can They Damage Trees?

While boxelder bugs feed on trees, there is no noticeable injury to the trees. Interestingly, boxelder bugs are rarely found on male boxelder trees. Because they cause no damage to trees, people often don’t notice them until they seek shelter during colder months.

Can They Damage Plants?

Boxelder bugs may seek the moisture of houseplants but they rarely attack them. They cause little or no damage when they do feed on plants.

How Do They Get Inside Homes?

Again, boxelder bugs don’t reproduce within homes but they come inside seeking heat (not food). They can get inside via many different routes – through windows, ceilings, doors, dryer vents, along siding, and through outdoor faucets.

When Can They Become a Problem?

Boxelder bugs primarily enter structures in the fall as they seek winter shelter. That shelter could be in houses and other buildings, in walls, doors, around foundations and under windows that have south and west exposures.

They’ll even appear in your home in the dead of winter when the sun is shining but temperatures outside are cold. They’ll re-emerge outside in the spring to seek out host trees on which to feed and lay eggs.

Are They Always a Problem?

Boxelder bugs can be present at any time but they are most abundant during hot, dry summers which are then followed by warm springs. In the fall, they’ll often gather on the sun-warmed exteriors of buildings before seeking indoor shelter when the weather cools further. During this time they’ll emit an odor to attract other boxelder bugs to their cozy location.

Why Does My House/Building Seem To Have More?

Some homes may be more attractive to boxelder bugs depending on the amount of exposure to sun a house or building receives. Houses with large southern or western exposures tend to attract more, as do buildings which stand taller than others.

Why Do They Clump Together?

If you see one boxelder bug you’re apt to see a much larger congregation of them nearby. There are many reasons why these bugs gather in ‘clumps’ – but primarily because of reproduction, security and survival. Grouping together increases the chances of mating and reproducing future generations. It also provides strength in numbers against predators and prey.

Why Do They Come Inside The House?

While they prefer to winter in the walls of your home, interior warmth will bring them into plain view. Boxelder bugs can detect mild changes in temperature, and even a minute increase in heat can entice them to come inside and/or even make them think that springtime has come early. But once inside a home, where they tend to congregate near windows or sunny areas, the bugs tend to have a short lifespan.

Because the warmth does not reach all of the insects equally during colder months, they do not all become active at the same time.

How Can I Keep Them From Coming In?

While it may be labor extensive, exclusion can be an effective and long-term treatment method. There are several methods you can use to make it more difficult for these pests to enter your home:

What About Stucco, Stone, or Brick Veneer Homes?

What If My House Has Vinyl Siding?

While this type of siding provides durability, energy efficiency and aesthetics, they have too many gaps to truly exclude boxelder bugs. Some of these homes are sealed with a wrap that’s placed under the vinyl siding, however. Your best bet is to use an insecticide on areas where large numbers of the bugs are congregating on the siding.

Should I Use Chemicals To Keep Them Away?

An insecticide can be sprayed on the exterior walls of the house where the bugs tend to congregate in large numbers. The best times to do this are in the spring, when the bugs are just beginning to emerge from hibernation, or in the fall as they begin to seek shelter and warmth. While this residual insecticide will be a deterrent against the bugs landing on these areas, it will not remain effective once cold weather arrives.

What Are The Best Insecticides To Use?

Using insecticides is generally only advisable when the boxelder bug infestation has become too large to control otherwise. Local hardware stores and pest control companies will help you choose an appropriate pesticide; the most common active ingredients for fighting these bugs include bifenthrin, cylfluthrin, deltamethrin, and others.

When using insecticides, here are some things to remember:

Can I Trap Them Instead?

Traps that utilize lights or glue can be useful for trapping or killing boxelder bugs. Light traps take advantage of the pest’s attraction to light – electric or otherwise – while glue traps feature a sticky substance from which the bugs cannot escape. There are even powder traps available, in which a ‘trap’ filled with powder is attached to a windowpane. The bugs are then attracted to the light and enter the trap, where a powder sticks to their feet and hairs, preventing escape.

For many, using a soap and water mixture has proven effective in killing boxelder bugs. Experts say this mixture can break down the bug’s hardened skin, which then causes it’s membranes to deteriorate. The bugs will then become dehydrated and die.

One suggested method is to add one or two tablespoons of dish soap to a standard spray bottle filled with water. Make sure to spray the solution directly on to the bugs until they are coated.

Repeated applications of this method are usually required to keep the boxelder bug infestation from growing.

What Other Organic Methods Can I Use?

Two other organic substances you can use to keep boxelder bugs away are diatomaceous earth and borax:

Diatomaceous earth: This substance is a sedimentary deposit that consists of tiny fossilized materials called diatoms. Boxelder bugs and other insects which come into contact with it will their protective coating penetrating and eventually die. Spread this around the perimeter of your house and around the base of boxelder trees, and any area of the yard where bugs tend to gather.

Borax: Often used for household cleaning, borax is a boron-based compound that also breaks down the protective coating of the boxelder bug and destroys cell membranes. Sprinkle a coating of it around boxelder trees and inside the exterior siding of your house.

Should I Call A Professional Exterminator Instead?

If your own home treatments prove ineffective, or if you lack the proper equipment, calling a professional exterminator could be your best option. Make sure to tell the exterminator what your goal is: to keep them from entering your house, or to eliminate them from your yard entirely. Perimeter treatment is the most common method.

Are There Manual Solutions?

There are a variety of other ways from eliminating boxelder bugs from your home:

Hose Them Down: Best used during the beginning of a boxelder bug infestation, using a garden hose to spray them out of the yard might not provide a permanent solution, but it can be a deterrent.

Introduce Predators: The praying mantis and most types of spiders are natural predators of the boxelder bug. Of course, this can produce another type of insect problem after the boxelder bug infestation has been thinned out. It can also upset the natural ecosystem of your yard.

Remove Them By Hand: You can trap the bugs with jars and then release them away from your yard. Or, you may choose to swat or stomp them during the early stages of an infestation.

Use A Vacuum: You can sweep up boxelder bugs by vacuuming them up and then disposing of the vacuum bag in the trash, or even by burning it with fire.

Boiling Water: You can also use boiling water to apply on infestations of the bugs on sidewalks, walls or soil.

Note: If the number of bugs in your home isn’t large, and you can tolerate a few of them by windows, drapes and plants, then you may even choose to wait until spring when they will leave on their own. Remember, they are more of a nuisance than anything and typically won’t cause damage to your home.

Is There a Way To Keep Them Permanently Away?

Perhaps the best permanent solution to keeping boxelder bugs away from your home is to remove the boxelder, maple and ash trees on your property. Of course, this isn’t always a practical or possible solution. Additionally, the bugs can still fly to your property from other trees nearby. If you do intend to plant boxelder trees on your property, choose male (non-seed bearing) trees rather than female. 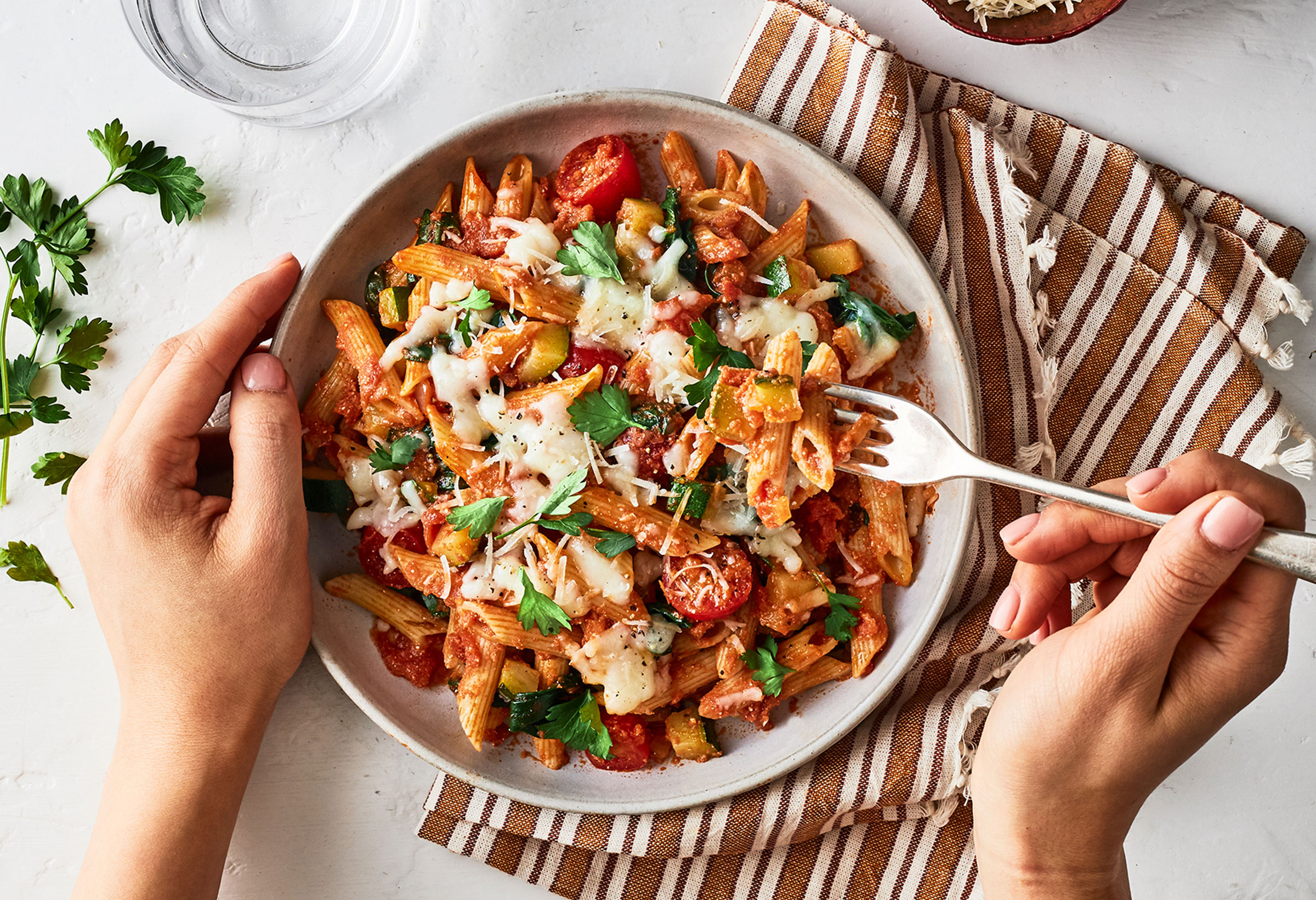 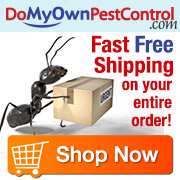 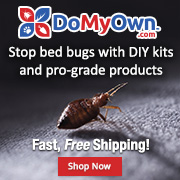