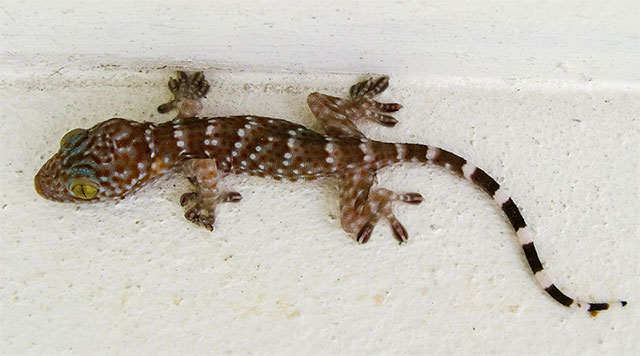 The common house gecko. Love it or hate it, it has become part and parcel of suburban life.

So ubiquitous this invasive species has become that it has even earned fame – by selling car insurance.

How well do you know that beady guest that has imposed itself on you? Before you get a broom and run it out, let’s get a bit of understanding about the common house gecko.

Who knows, you just might end up falling in love with it.

The Common House Gecko – Friend, Foe, or a Freeloading Pest? 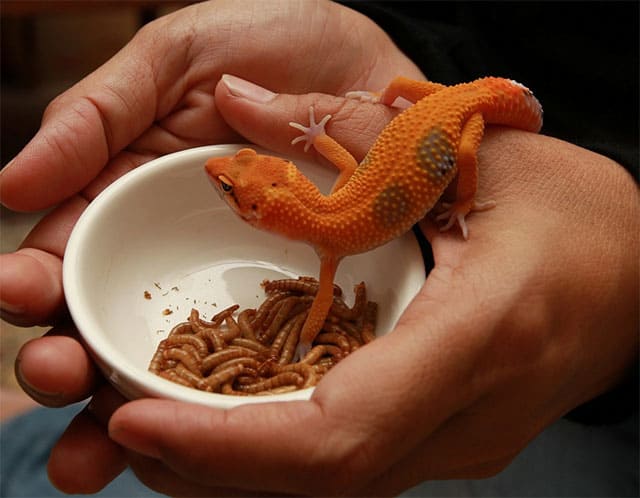 When it comes to the animals we live with (seen and unseen), it is important that we get to understand the role they play in the ecosystem. You’ll be surprised to find that some even play a helpful role around your house.

Is the common house gecko one of them? Is it a friend (helpful), foe (dangerous), or just a freeloading pest that does more harm than good?

Well, in order for you to make a decision on that one, let’s look at a few things you definitely have to know about this weird (or wonderful) creature.

1. What Is a Common House Gecko? 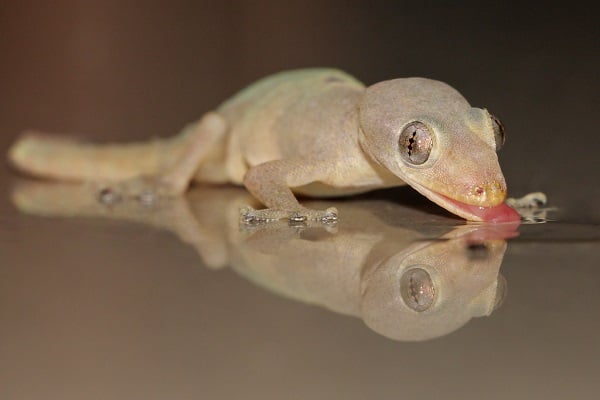 You’ve probably heard it many times, “Oh, it’s just a common house gecko.” But how much do you know about this common reptile? Is it venomous? Does it spread diseases? Well, let’s get acquainted with your guest, shall we?

The common house gecko, scientifically named Hemidactylus frenatus, may look like some sort of pet in your house.

Nevertheless, this species of reptile is actually an invasive one that originated from Southeast Asia.

It is thought that the species brought itself to the western world by hitching rides on ships that were going to and from Asia with goods for trade.

This uninvited guest is also known by many other aliases, some of which include Pacific House Gecko, Asian House Gecko, house lizard, or Moon Lizard. The common house gecko is not to be confused with its cousin the Mediterranean House Gecko, or Hemidactylus turcicus. 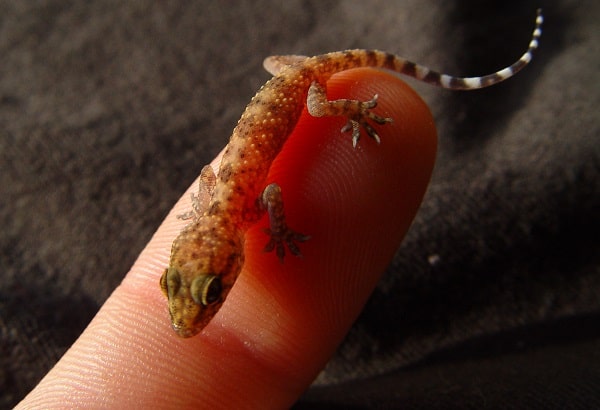 So what does the common house gecko look like? I mean, if we are not to confuse it with its other cousins, a brief description would help, wouldn’t it?

As for being venomous, the common house gecko is actually as harmless as the flies it eats, or even more so.

Which brings us to another point about the common house gecko that many people don’t know about.

2. The Common House Gecko is Definitely Not a Freeloader

Many people look at the common house gecko as a freeloading pest, but is that really what it is?

In all fairness and honesty, uninvited it may be, but it definitely earns its keep in your house.

I’m sure one of the most common places you’ve seen one (or 2) is on a wall near the lights. And if you thought it was just admiring your outdoor design, you got it all wrong. The reason it stays near the lights is that it will be waiting for bugs that are attracted by the light.

Unfortunately, however, it’s not all roses with this home invader. It does have its cons as a house guest. For others, these cons outweigh the advantages that this little beady-eyed guest comes with.

3. Putting Up with The Gecko 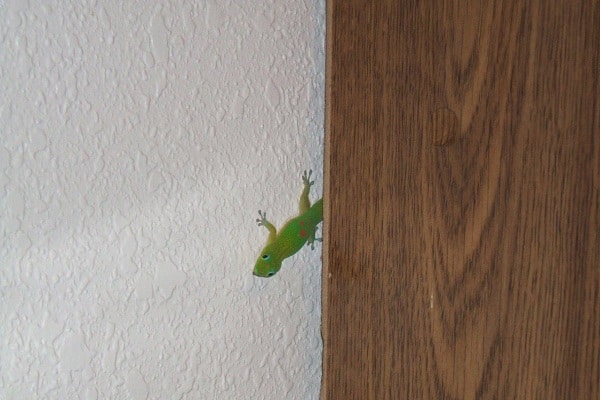 As good as the common house gecko sounds on paper, when you decide to live with it, there are some things you’ll have to put up with.

If you can’t live with its looks and messy habits, then you’re probably looking for ways to get rid of your unwelcomed house guest.

4. How to Get Rid of an Unwelcomed House Gecko 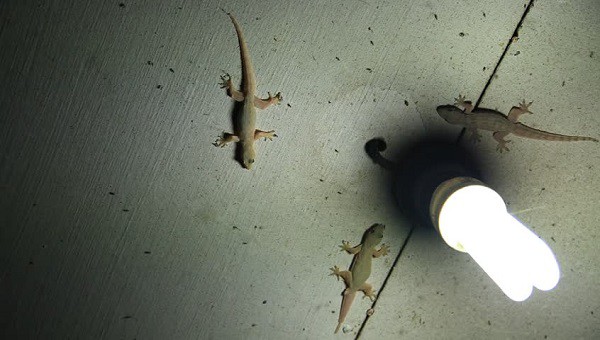 So you’re not comfortable with the beady-eyed reptile that always seems to be looking at you from its perch on the wall. Well, getting rid of it is actually easy.

But this is not very effective so let me show you some effective ways of combating geckos in your home.

They say prevention is better than cure. That definitely applies to common house geckos as well. It is easier to prevent geckos from entering your home than it is to get them out. It applies especially if your home has a good supply of food and the right temperatures for them to thrive in.

By gecko-proofing your home, you can be assured that you can have your house to yourself again.

Physically taking any gecko you find in your house is probably the most humane way of getting rid of them. Remember, it’s non-toxic and therefore, harmless.

This one is definitely not for the faint-hearted and is only to be used as an extreme measure.

5. An Uncommon (Yet Lovable) Pet

Once you get past the creepy skin, the common house gecko actually makes for a good pet. Because of their insectivorous nature, many people have opted to accommodate them.

However, if you want to take the relationship a step further, it is advisable that you get an aquarium for them.

Although the house gecko may look like a simple creature, you’ll have to make sure you know as much about them as you can – particularly how to keep them as pets.

Other Interesting and Fun Facts about Geckos

Geckos are too adorable to stop talking about them just yet, so let’s see some other cute and interesting facts about geckos!

Now that You Know All About the Gecko…

There you have it, all you need to know about the common house gecko (well almost). So what will you do the next time you see one in your home? Hopefully, you’ll choose to live with it and let it take care of pest control. If not, please be kind and escort it outside. It is harmless, after all.