Some people insist that moth balls are a good remedy for squirrel issues around your home. The truth is that this method is harmful, and you should not use it. Moth balls have so many negative aspects that you could write an entire book on them.

Those with children, pets, elderly people, etc., in the home, should be especially careful because the toxins in moth balls could interfere with good development or aggravate existing health issues. Pets may accidentally consume moth balls and be poisoned.

While moth balls may seem to be working, they are also very toxic to wildlife. When you introduce moth balls, you are essentially making the choice to kill squirrels and possibly other wildlife as well. Squirrels will stash moth balls in places where other animals can get into them and be harmed. It is cruel to make a choice that can affect so many different lives.

Spreading Pesticides All over Creates Problems

If you are into natural solutions for pests, do not be fooled into thinking that moth balls are a humane and natural solution. Moth balls contain pesticides. So when you use them widely, you are spreading these substances into areas where they should never be found. Squirrels can carry moth balls off and drop them into a water supply, for example.

People Assume Because It Isn’t a Spray, Moth Balls Are Better

Sprays for pests can have a bad reputation. The truth is that some are probably a lot safer than moth balls. Sprays will dissipate over time and are not in a solid form that can be distributed as widely. Sprays are far less easy for anything to get a hold of them and consume them.

The Pesticides You Get in Moth Balls

There are some nasty chemicals in moth balls. When one thinks about this a bit, it is not that surprising that this is the case. How else do you think moth balls could perform the task of protecting items from insects for many years in a confined space that might have a very large amount of insects that need to be kept at bay?

Moth balls can make their way into spaces that they were not meant for because when they are widely used they can roll or drop. You may think you picked all of them up and disposed of them only to keep discovering more. Rodents may even carry them places and hide them. So you never know when one will pop up after you dispose of what you see.

This pesticide has been around a long time. It has some very nasty side effects if a squirrel or any other living creature ingests it. Naphthalene is made of coal and crude oil but is also naturally produced when things burn. Cigarette smoke is a prime example of something that emits naphthalene. When this is consumed, it can cause very serious health problems or even death if enough is consumed per pound of body weight. Symptoms of naphthalene poisoning include nausea, vomiting, diarrhea, and discoloration of urine. Inhalation or skin contact can cause some symptoms if there is enough exposure.

If a mammal eats a moth ball, they can quickly develop a condition called hemolytic anemia. With this condition, red blood cells break apart and don’t carry oxygen to your vital organs as they should. This is extremely serious. If there is the slightest suspicion that a person or pet consumed a moth ball, a physician should look at them immediately. Or call your local poison control center.  A squirrel that consumes a moth ball in even a small quantity will suffer a cruel death.

Although slightly less toxic than naphthalene, paradichlorobenzene can still cause some of the same symptoms such as nausea, vomiting, and dizziness if you are exposed to it. This chemical was released in the 1940s as a fumigant for moth control. It worked so well it is still being used in moth balls today. It appears that this chemical leaves the system within hours but it is still not a good idea to be exposed. You don’t want pets or wildlife to ingest it.

Getting Rid of Squirrels Is Not Worth It 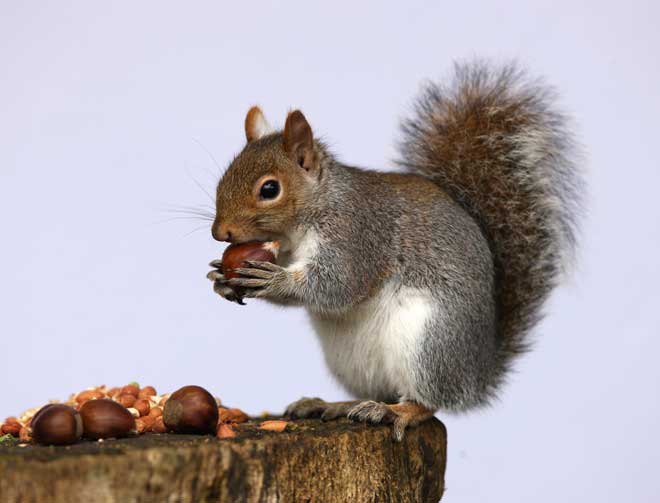 When you use moth balls, you are putting all the pets and animals in your area at risk of exposure to these terrible toxic substances. If your dog or cat gets into moth balls, they can become very ill or even die. It is not worth it to use moth balls for such a minor problem as squirrels when there are better solutions.

Squirrels can be more humanely controlled using traps and making your home less hospitable to them by removing bird feeders and making sure that your home is well sealed so that squirrels cannot enter your home through gaps and cracks. Squirrels love to get into attics. But don’t be tempted to put moth balls in your attic even if it seems like there are a lot of squirrels to deal with.

Moth Balls Get over Used

Since moth balls are so readily available, they often get overused in homes that are experiencing all levels of pest problems. Since they are sometimes already just sitting in a cabinet, it can be very tempting for the homeowner to attempt to use them to solve all their pest problems.

Sometimes pest control experts go into homes that have attempted to take care of pest issues themselves. They have to wear protective masks because there are so many moth balls being used in a home. This means anyone entering or staying there is at risk for major exposure and side effects from the toxic compounds found in moth balls.

Squirrels Can Die in Your Home’s Walls or Attic

It is not pleasant to think about but if you use moth balls to repel squirrels you are at risk for the consequences of having squirrels die in your home where you cannot get to them to remove them. If you smell a strong odor of decomposition, then you may have reason to suspect this is the case. It is not worth it to deal with this. There are better ways to keep squirrels away from your home.

Squirrels May Just Get Used to the Smell

Even if squirrels don’t handle or nibble on moth balls, they don’t like the odor. Often, they just get used to it and continue causing problems wherever they want to be at the time. This means that moth balls can be just a short term answer anyway. You are risking releasing a lot of toxins into the environment around you for little gain.

If you are trying to discourage squirrels, you would have to use such a large quantity of moth balls throughout an area that the smell could easily permeate throughout your home. Having a lot of moth balls in your attic can cause all those living in the home to experience unpleasant symptoms such as sore throats and headaches. Using moth balls long term can result in actual poisoning especially in younger people and those with compromised health anyway. 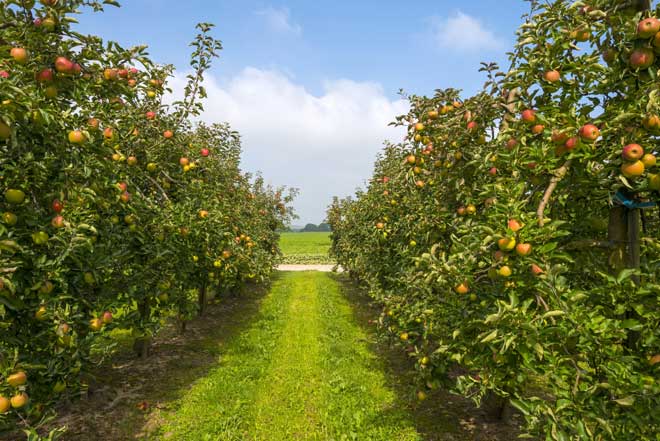 Not only is it a very bad idea to use moth balls, but it is also illegal to put them in fruit and nut trees to deter squirrels. Don’t find out the hard way that this law is enforced. Plus who wants to expose what they are eating to the harmful chemicals contained in moth balls.

Moth Balls Are for Controlling Clothing Moths and Nothing Else

Unless you are storing clothes in a contained locker, then you should not even bother using moth balls for anything. They are designed with a single purpose in mind, and they are good at it. But you don’t want them exposed to the typical air anyone or their pets are breathing. There are also many other good ways to store clothing that will ensure that it is not destroyed by moths.

If you have never used moth balls before, you probably don’t realize just how smelly they can be. This is a major problem for most people. There is a reason why they are usually just used for very long term storage trunks or similar. Don’t sniff too hard though because you will be inhaling poison.

Moth Balls Are Terrible for the Environment

The manufacturing of pesticides in itself is not good for the environment in any way. Moth balls often make their way to landfills after people get tired of them. While it is true that landfills get covered over in most instances, you are still releasing residual toxic materials into the environment. It is possible that moth balls get thrown out, and birds attempt to use them for nests, thus causing them not to be able to reproduce.

Getting Rid of Moth Ball Smells Can Require Special Treatments

If you make the mistake of using a lot of moth balls, then the smell may have permeated a lot of your home. If you stored some things nearby, it might be next to impossible to get rid of the odor. This is especially so if you went very heavy when spreading the moth balls around.

Homes that smell like moth balls will benefit from being thoroughly aired out. Several days of airing out with large fans in place are ideal. You will want to use a respirator. Make sure that you get all the moth balls out and take them to your local trash service center for disposal. Make sure to tell them it is moth balls, so they get disposed of properly.

If you bought a home and now realize it smells like moth balls, you may want just to get a professional cleaner to come in. It can be a big job that you don’t want to have to deal with when trying to get into a new home.

Educating Others About Moth Balls

There are a lot of misconceptions and old wives’ tales out there about squirrel control and other pests. It is important for the environment that those who know better refute any myths regarding using moth balls for squirrel. If your friends or family are having trouble with squirrels, then steer them towards more humane and less smelly methods.

Moth Balls Are Not Even a Guaranteed Short Term Solution

Why on earth would you want to deal with smelliness and toxic residues in your home for something that might not even work at all? While you don’t want squirrels in your attic chewing on wires, moth balls are not the solution. Making sure your home is well sealed and there are no ways for squirrels to gain entry into your home or outbuildings is not very expensive and is a long term solution. There is a good chance that you never have a squirrel issue again if you get your home sealed against small intrusions from pests.

One of the more scary aspects of moth balls is that while they can have immediate major health effects they are also carcinogens. This means the more you expose yourself to moth balls, the more you increase your chances of developing cancer later on in life. If you have kids, then you have even more to worry about. They are developing the systems of their body. So any negative substances are going to have a big effect on them.